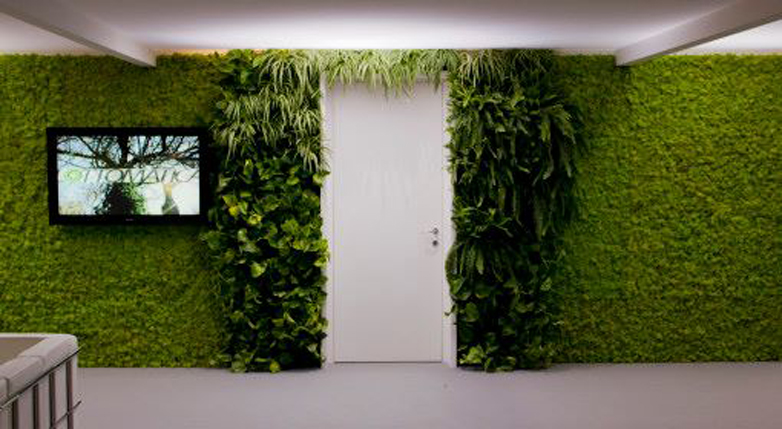 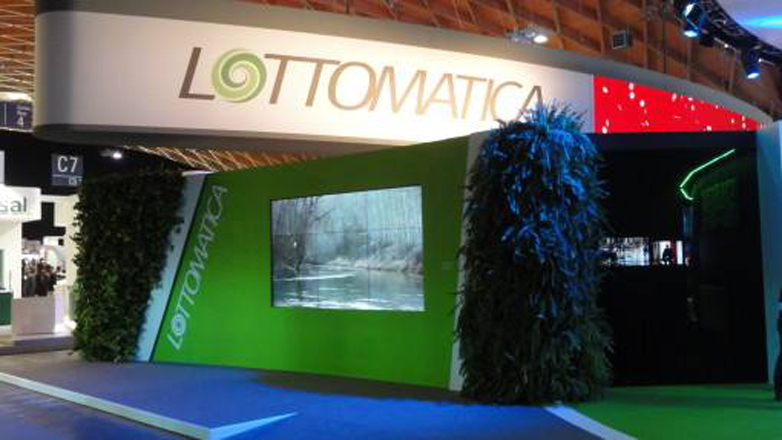 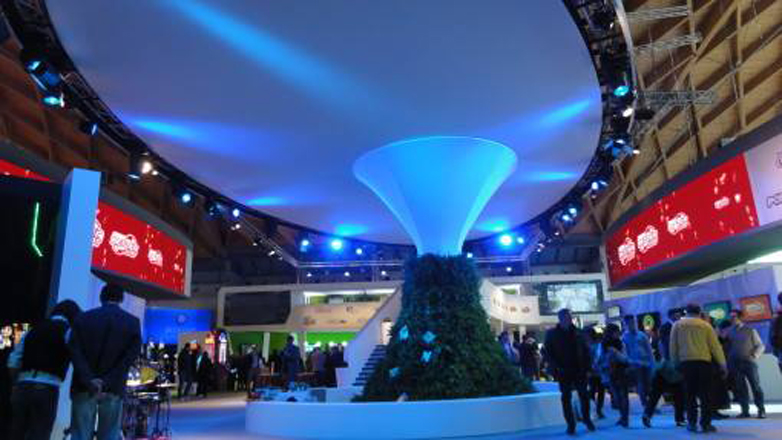 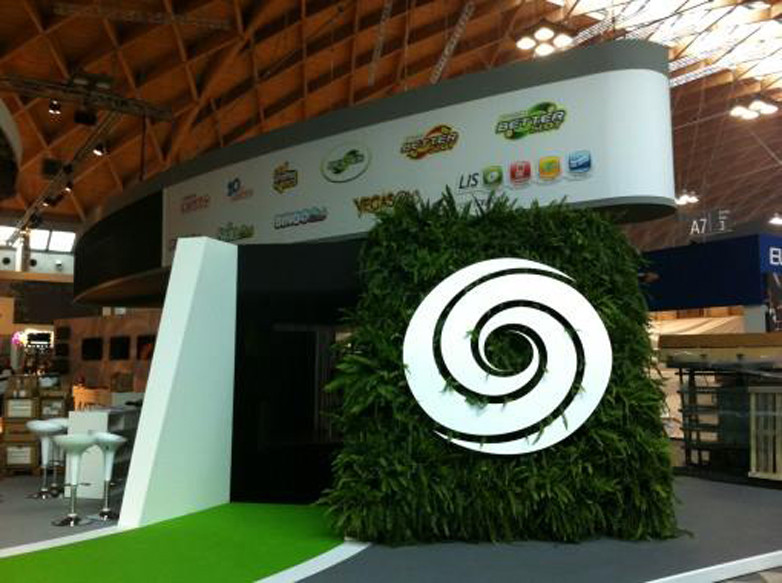 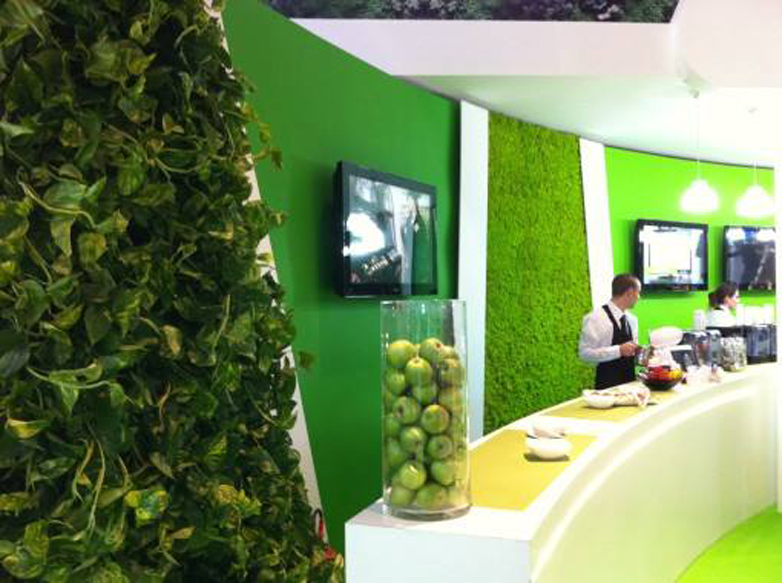 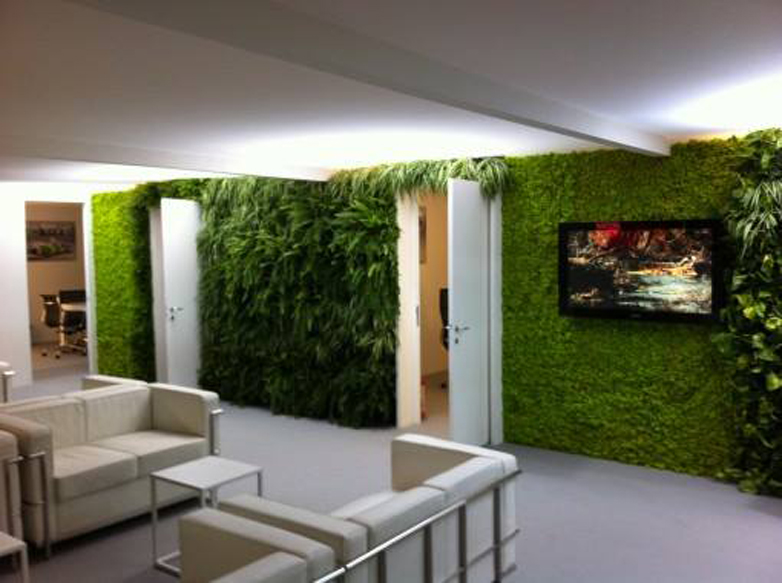 Setting up of the Lottomatica institutional stand during the Enada event at the Fiera di Rimini.

Forms of immediate reference to the UFO curvilinear moon bases, or elliptical Star Trek spacehip; always drawing from the most contemporary spatial filmography and avatarian memory, the vertical green of the pandora forest works as an adhesive and a junction between the various spatial levels. In architecture, the diaphanic, futuristic, and truly “spatial” shapes of the last great 20th-century master, who passed away a few months ago, Oscar Niemeyer, were epoch-making. We wanted to thank and mention the Master; we would like to think about our fairground as a small Brasilia, where rationality and design, that were at the service of the people of the city, here are at the service of visitors. So our elliptical flying disk covering the square; the circularity of the trails as urban crossings, the “horizontal” skyscraper that houses offices like factory tangent to the great arteries of Brasilia. All like an “ordered chaos”; the element that stops the time and orders space is our central paraboloid, which acts as a support to the elliptical cover of the square.

Sky
BetPlus
This website uses cookies to improve your experience. We'll assume you're ok with this, but you can opt-out if you wish.Ok